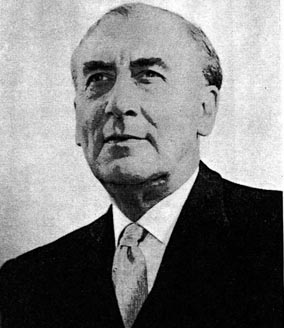 The Choir began life as an evening class at the old bullet-riddled Municipal College building in Victoria Circus. It was founded by Dr. Harold May, F.R.C.O., in 1943. The then Municipal College Choir gave its first performance on 14th December of that year, consisting of “Selections from the Messiah” at the Garrison Church, Shoebury. Thus began the association of the choir with this particular work: a full performance of “Messiah” was given at Crowstone Church in 1944 and every year following, until 1951. A similar tradition followed with performances of Bach’s “St. Matthew Passion” at Highlands Methodist Church and senior members of the audience will remember with joy the lecture recitals given by Dr. May on summer evenings in Prittlewell Priory.

In its early years the Municipal College Choral and Orchestral Society sponsored the birth of the College Opera Group, which became independent in 1950. In this year the name was changed back to “The Municipal College Choral Society” and many challenging concerts followed. Major works were heard in churches all over Southend and further afield as the choir became known. These were heady days, when total expenditure on soloists and orchestra was not to exceed £45.00; tickets were half-a-crown (12½p) and programmes 6d (2½p).The works performed by the choir are too numerous to mention here, but apart from those already named, perhaps some highlights remembered by choir and audience alike would be:

and, spanning thirty years of the choir’s life:

In 1964, with the demise of the old Municipal College, the choir became attached to the new College of Technology, but in 1968, with a membership of 113, the choir transferred to Fairfax School. It was still an evening class, but it changed its name yet again to the Southend Bach Choir we know so well today. To him the choir owed its birth, its progress and its status.

From 1974 the choir passed successively through the capable hands of Michael Hamm (1974-79), during which time it broke away from evening class status and began rehearsals at Chalkwell School, Harold Dexter (1980-82), who dedicated his “Te Deum” to the choir, Martin Merry (1982-83), David Hooke (1983-86) and Gerald Bates (1987-2001) who came to us having already established a reputation with Hutton and Shenfield Choral Society as their conductor from inception and became the Southend Bach Choir musical director with the longest tenure after Dr. May. He celebrated the choir’s Golden Jubilee in 1993 with a memorable performance of Bach’s B Minor Mass.

Having bade farewell to Gerald in July 2001, in September of that year we welcomed our present musical director, Colin Edwards, and look forward to a long and musically rewarding association with him.

In autumn 2003 the choir visited their twin in Cologne and performed a joint concert in the Brauweiler Abbey.

In recent years the Southend Bach Choir has performed not only in the Southend borough, but also at different venues across the county. Please contact us to enquire about more information, if you would like our choir to perform in your church.

For further information on the history of the choir please contact us.

Our Next Concert
Summer Concert

You can find out more about which cookies we are using or switch them off in settings. 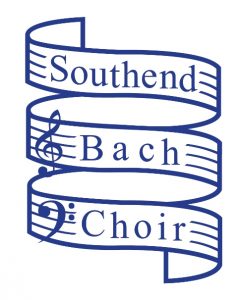 This website uses cookies so that we can provide you with the best user experience possible. Cookie information is stored in your browser and performs functions such as recognising you when you return to our website and helping our team to understand which sections of the website you find most interesting and useful.

You can adjust all of your cookie settings by navigating the tabs on the left hand side.

Strictly Necessary Cookie should be enabled at all times so that we can save your preferences for cookie settings.

If you disable this cookie, we will not be able to save your preferences. This means that every time you visit this website you will need to enable or disable cookies again.

Please enable Strictly Necessary Cookies first so that we can save your preferences!